Let me start by saying that this will be an ‘anything significant’ spoiler-free review.  And that, in itself, is a challenge.

And that is VERY difficult to do with Heavy Rain:  talk about it and still preserve the entire story.  So I will skirt around everything I would consider integral other than the who, what, where, etc.

Gameplay: The game uses a context-sensitive sequence of button presses to not necessarily mimic the characters’ actions, but to give you a control scheme.  For example, if you need to open a car door, you might make a push to the right, then a half circle right-to-down-to-left on the analog stick to do so.  When you need to bend down to look at something, you push down on the stick.  In another instance, down may be mapped to some other action.  All in all, it works pretty well, and you get the hang of it quickly.   R2 walks whatever direction you are facing, and the left analog stick lets you look any direction you like.

So far, all I’ve covered is the control scheme… The gameplay itself is hard to categorize in that you are playing an interactive movie.  Yes, some might argue that the game is one long quicktime event, but I would counter that it is deeper than this because you do have choice about what to do and when to do it.  Fight scenes?  Yes, QTE (Quick Time Events) all the way.  But the rest of the game; not so much.  You can go here and choose to do one thing, or go do something else.  They all use button presses and directionals on analog sticks, true, but it is more of an ingrained reflex after the first few hours of the game.  Most of the time, it works the way it should.

Plus, the control scheme does make you work a little; to do difficult things, it has you press and hold difficult sequences of buttons to simulate the stress of repeating those actions.  Sometimes you are tapping buttons, sometimes you are pressing, holding and releasing buttons.  Overall, it’s a system that works pretty well.

Plusses:  In most situations, the controls handle well.  The icons are large so that many people across many age ranges will be able to tell what is what.  After a very short amount of time, what to do becomes a very fluid experience.  There is a difficulty setting that removes some button presses for novice players who may not be familiar/used to the Playstation controller.

Minuses:  Sometimes the camera obscures options from you.  Hell, sometimes the characters themselves obscure it from you.  That can make the difference between you analyzing a clue and walking right by it.  Also, the ‘tap’ icon should have been a different color.  Many times as I was playing finger-twister to do something complicated, the tap icon would appear, and I was so intent on getting the presses, that it looked similar to the hold icon; I would fail and have to start the chain again. 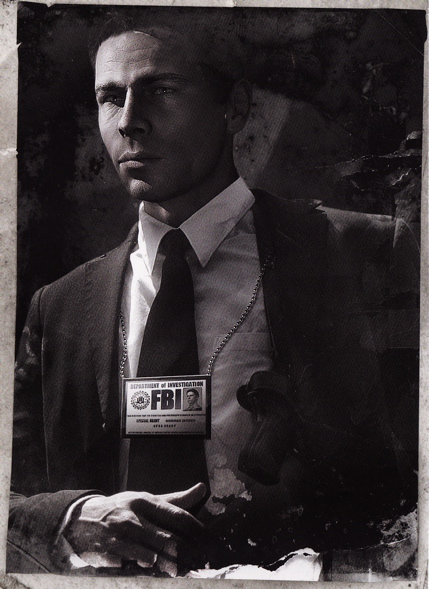 Story: This is, by far, Heavy Rain’s strongest suit.  The Quantic Dream team have crafted and deliver a  well-thought-out and intriguing adult drama.  And when I say adult, I mean the target audience is cognizant, self-actualized people.  Yes, there is sex, nudity and violence in the game, but this is written for the cerebral audience, and the games more intimate moments are captured and presented in a respectful and sincere manner.

And that last sentence can sort of be used to describe the entire story: sincere.  The team isn’t trying to bludgeon you over the head with the fantastic.  Instead, they are trying to engross you in situations that you can completely relate with.  And therein lies Heavy Rain’s greatest success.  You cannot play this game and not create emotional attachments to the characters.  It is a triumph that you not only care about the characters, but you also develop an urgency to push the story forward; to find out what happens next.

The story CAN be cliched at times, but for the most part, it is forgivable.  You can’t do any sort of cop drama without playing on themes that have been well trampled by the 21 seasons of Law and Order.  And those do show through; but the game triumphs in much smaller things, like a father and son playing in the park; a husband and wife sharing an intimate moment in the kitchen; a private investigator showing a moment of compassion for a woman down on her luck.

The central theme of the story involves four individuals (Ethan, Madison, Norman and Jayden, pics of whom you’ve seen so far throughout the story) and is essentially a murder mystery involving the Origami Killer; a serial killer who kills children by drowning them and then placing their bodies on a wetland.  The action/story jumps between the four individuals showing different perspectives of the case.

Dramatic, emotive story that forces emotions out of you.  I actually burst into tears (yes, I am a 30-something male strong-type) because of something my character did.  I have NEVER had that kind of experience with a game, ever.  The ‘small moments’ really get it right, and the pacing is perfect.  You get a ‘feel’ for the characters through the (unsignposted) tutorial in the early part of the game, and the pain and transformation of the characters as they grow and make choices is tangible.

Minuses:  There are a lot of breaks for loads; it seems like more streaming technology could have been used to keep the action flowing a little more.  The breaks are fine, in my opinion, when switching from one character to another; giving the player time to center themselves in the mindset of the character they will be playing momentarily (it shows you who’s section is next with a giant closeup of their face in hi-res), but sometimes I would load with the same character just to change location.  Sometimes it really did feel like inter-related cutscenes instead of a narrative or seamless story.  Minor, but it could have been improved. Presentation: Heavy Rain is categorically excellent across the board in terms of presentation.  The game looks fantastic.  The graphics are superb, with realistic lighting.  Some people might complain about too many browns and greys, but this title is almost a ‘mood-noir’ in that it depicts a depressed city during a prolonged storm.  Think slightly cheerier than Seattle.

The musical score is good, and the cues generally work well with the story.  One point of contention, however, is the voice acting.  I am a polyglot, and I have keen ears.  When I hear someone speaking English as a second language, it’s like someone ringing a fireman’s bell behind my head.  It happens a LOT in this game.  That’s not to say the voice acting is bad; because it’s not.  But there are quite a few things that sound a bit odd during the course of normal conversation.  Why they did not hire American voice actors, I do not know.  I do have to say that through the course of the game, I did tend to like the voice actors for each character; it ‘fit’ for the most part.

Minuses:  Some sporadic ESL (English as a Second Language) pronunciations and phrases in dialog, some low-res objects that you interact with; and hands still don’t look quite…natural. Summary and Verdict: This game is not for everyone, but it should be.  Kids and people addicted to first-person shooters are not going to find the scratch to cure their itch here.  But what you will find is an engaging and engrossing story, a game that will make you feel something towards the characters you control and an experience that you won’t soon forget.  No matter how you slice it, despite small complaints on various pieces of the game, the whole is a delicious entry into the games world that pushes the boundary of the games versus art debate.  Quite simply, this is a game that should be experienced.